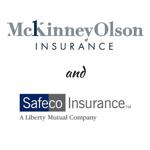 The Brandon Valley Baseball Association is very pleased and excited to announce that the BV Little League All Star Team has qualified for the State Tournament in Rapid City.
BV played sparkling baseball this weekend in route to two convincing wins.  The two wins qualify the team for the North/South Dakota State Championships in Rapid City.  The All Star Team will be joined by two teams from Rapid City and a team Fargo.  Games begin this Saturday in the double elimination tournament.  If the team wins the state championship they will move on to the Midwest Regional held in Indianapolis, IN.